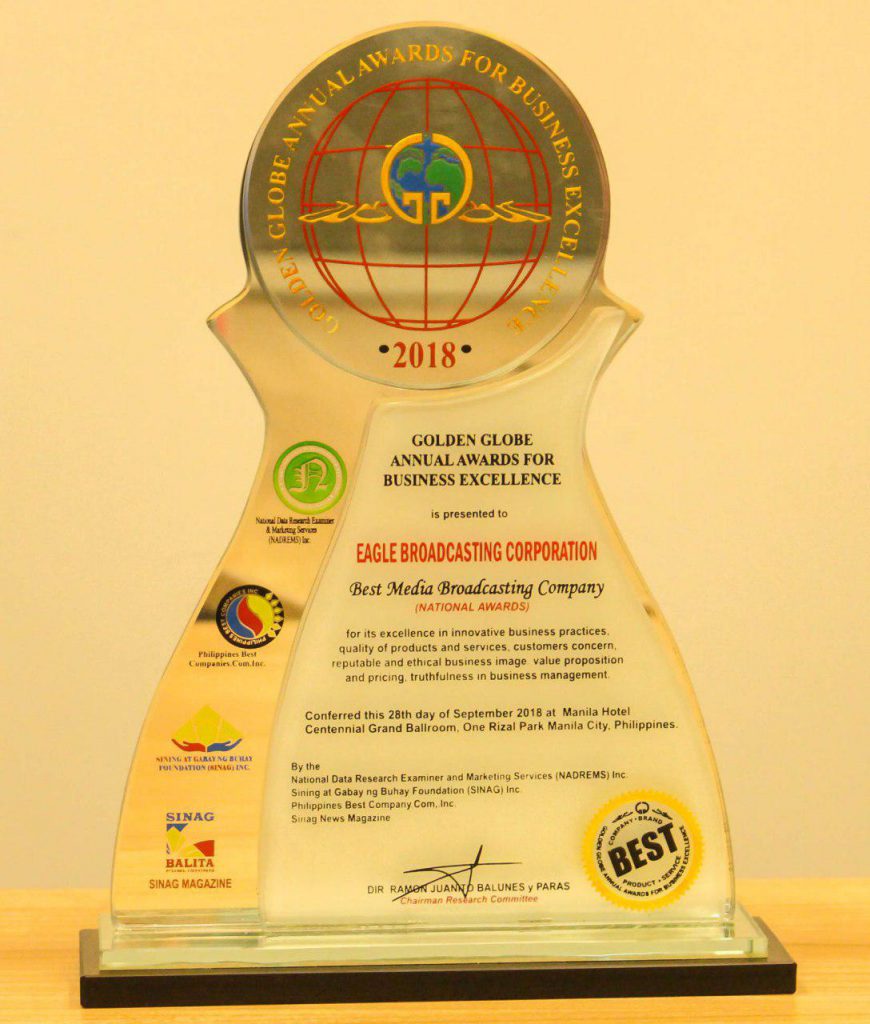 The Golden Globe Annual Awards for Business Excellence, which is a joint undertaking of National Data Research Examiner and Marketing Services Inc., SINAG News Magazine and SINAG Foundation, chose EBC as the recipient of this year’s “Best Media Broadcasting Company” after meticulous screening done after the media company was nominated for the award.

In awarding ceremonies at the Manila Hotel on Sept. 28, EBC president Rowena dela Fuente Deimoy received the prestigious award from the Golden Globe Awards Council which screened all nominees based on its criteria for excellence.

The Philippines-based award giving body which is now on its 11th year aims to “give recognition and uplift the value of excellence in business industry and prominent personalities.”

The management of EBC thanked the Golden Globe Awards Council for the award given this year 2018 as EBC celebrates its 50th year anniversary.

“This is very timely. This year is EBC’s golden anniversary. We thank the Golden Globe Awards Council for recognizing our efforts and our commitment to care for the total well-being of the audience through engaging wholesome, family values-oriented and public service media content,” EBC President Deimoy said.

“We may not be as popular as the other networks, but we maintain our beliefs and values, and present the news as balanced as we can. We do not engage in sensationalism. We also strive not only to inform and entertain, but also educate our viewers through our programs,” she added 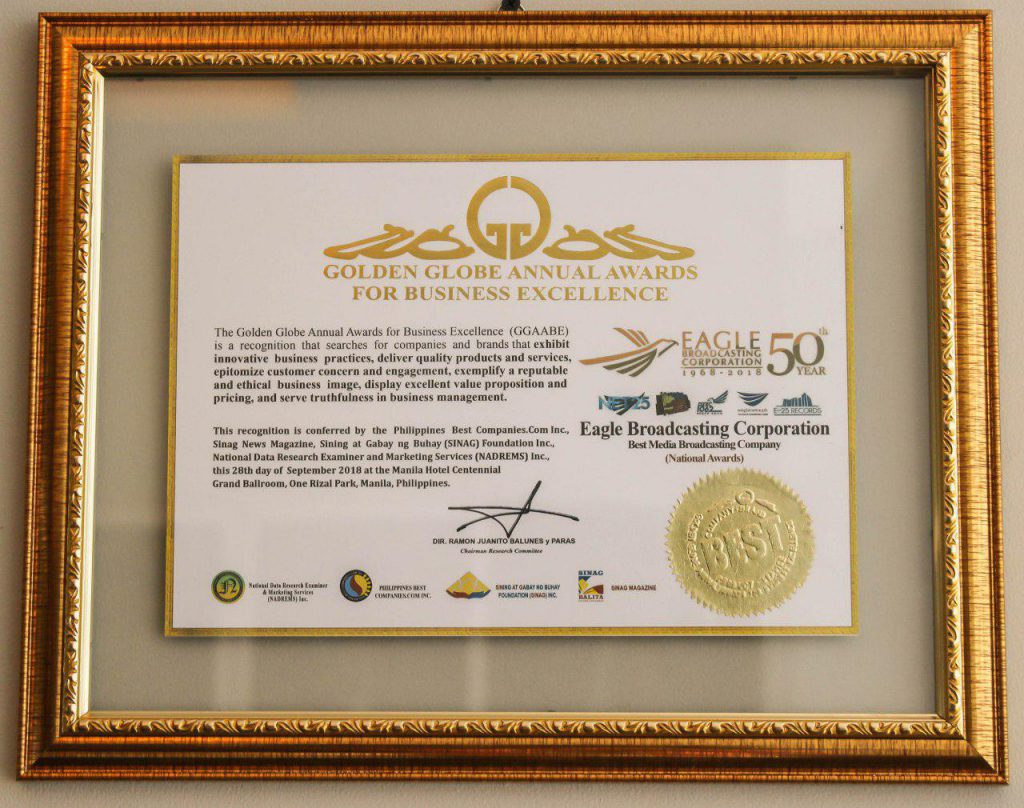 “The candidates for the Golden Globe Annual Awards are awarded based on the nominations given by an independent party. A market survey is then done by the researchers of the National Data Research Examiner and Marketing Services based on the nominations from different business categories,” according to the website of the Philippines-based award giving body.

“A survey is done through a Man-on-the-street Interview, Telephone Interview, and Focused Group Discussion. Survey results are carefully validated by the National Data Research Validating Team and Awards Council, according to the Golden Globe Annual Awards Council,” it said.

The awardees for Business Excellence are Philippine institutions, companies, corporations and organizations that exemplified exceptional excellence through their products, services and business objectives.

The GGAA for Outstanding Filipino Achiever is conferred to different personalities who marked excellence in their chosen field with their outstanding talents and expertise.

During the ceremony, Director Ramon Juanito Paras, chairman of the awards giving body’s research committee congratulated all the “deserving recipients” of this year’s Golden Globe Annual Awards for Business Excellence.

“We unabatingly seek excellent businesses as we believe that this will create ripples that will have positive implications in the grand scheme of things,” he said.

Aside from being named the “Best Media Broadcasting Company” for 2018, EBC had previously received various awards for its various programs, anchors and correspondents.

EBC’s AM radio station, DZEC Radyo Agila, had also received the Bantog Institutional Media Award for radio given by the Department of Science and Tehnology.

It also clinched the first, second and third places for the Professional Awards for Radio of DOST’s Bantog Media Awards 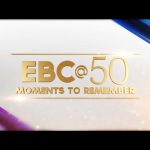 Eagle Broadcasting Corporation at 50 — Moments to RememberEBC at 50th
We process and collect personal data based on our Terms of Use and Privacy policy to improve and analyze our service.I agree