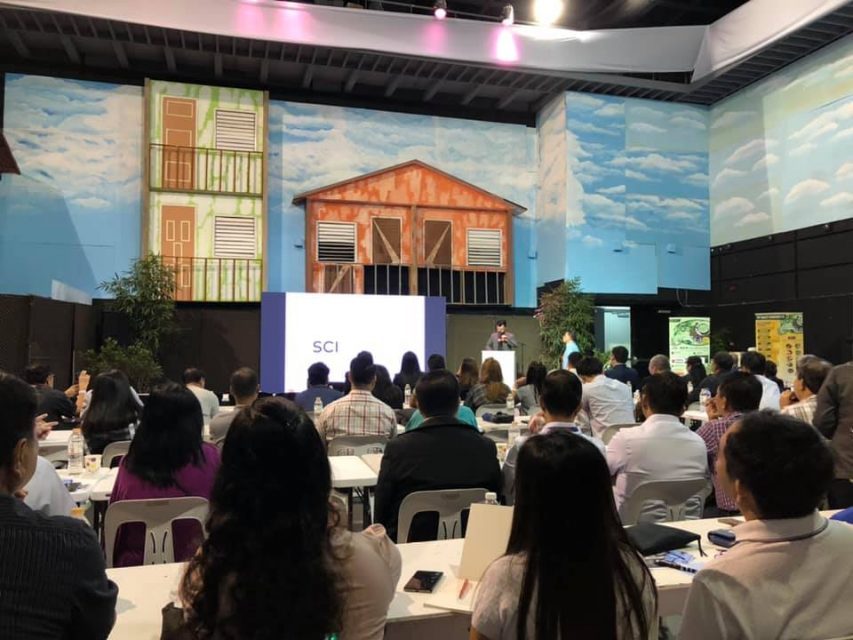 By Caesar Vallejos, OPEN FOR BUSINESS

Continuing its thrust to provide news and information on technology along with other relevant global topics around the world, Eagle Broadcasting Corporation (EBC) conducted the EBC Forum on Explaining Blockchain and Cryptocurrency last December 11, 2019, at the EBC Studio 1.

In his welcome remarks, Atty. Theoben Jerdan C. Orosa said that “as a responsible company with a recognition of social responsibility, it is also the job of a broadcasting company to help convey, to help convene, and help confer, in regard to this kind of technology that affects not just a few, not just the elite, but also the general public.”

He noted that the Philippines, a country that is technologically adept, has people who love to connect to each other with their families and their families abroad as well as their friends and acquaintances.  Hence, there is a responsibility to inform the public how these emerging technologies can benefit them.

“How safe are these things?  What are we supposed to get from them? It is for the general welfare. And the whole idea behind the EBC Forum is to give the people, as cliché as it may sound, the power to decentralize, to give transparency a chance,” the EBC Chairman said.

The EBC Forum invited industry experts on the subject including distinguished speakers from government regulators.  “What is the government doing and what is their regulatory framework? We have to know that what is legal for us to know what is illegal.  We have also to give some semblance of ethics and framework to every technology that we do,” Atty. Orosa emphasized.

“These discussions are very important to us. We hope to provide a comfortable, safe and secure place for that conversation,” he added.

Regulation of Blockchain and Cryptocurrency 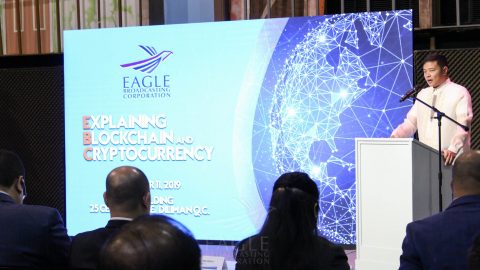 Department of Information and Communications Technology Undersecretary Jose Arturo C. De Castro delivers his talk on the regulation of blockchain and cryptocurrencies.

In his keynote speech, Department of Information and Communications Technology (DICT) Undersecretary Jose Arturo C. De Castro said that “ the decentralized and immutable nature of blockchain has the capacity of enabling a transparent and efficient system.”

He added that blockchain-related regulatory efforts have already been made in the Philippines including the issuance of advisories and rules by the Bangko Sentral ng Pilipinas (BSP), Securities and Exchange Commission (SEC), and CEZA and these efforts are “primarily directed towards cryptocurrencies and cryptocurrency exchanges.”

Usec. De Castro also enumerated other potential uses of the emerging technologies aside from its current use in the fintech industry.  “It may be used in Smart contracts which involve automatic validation and execution of transaction and claims.  It has the potential for simplifying the notarial processes.  It may also improve the electoral process through digital voting.  Blockchain may also be used for any goods or objects that need tracking over the supply chain such as tracking produce from farm to table,” he added. 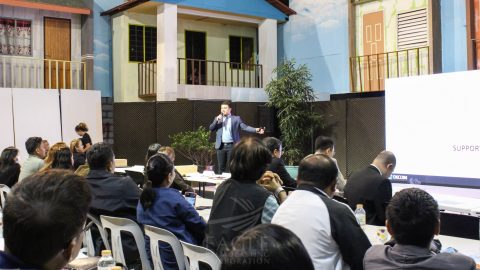 Twelve key personalities and experts from the blockchain and cryptocurrency including government regulators raised issues and concerns about the emerging technologies during the EBC Forum.

However, despite the potential beneficial uses of blockchain and the government’s efforts to pursue transparency and efficiency, the DICT Undersecretary admitted that the “decentralized, transparent, and immutable nature of blockchain raises privacy, security, and public interest concerns.”  He cited some cases on the Data Privacy Law and issues on jurisdictional concerns on regulation.

He also enumerated direct and indirect regulatory approaches as suggested by proponents of blockchain regulation.  However, he noted that “while these are regulatory possibilities, these do not define the future of blockchain regulation.  The DICT’s goal is to ensure that all policies are consistent with the National ICT Development Agenda, and will have the effect of equalizing access to opportunities brought by ICT to push the country’s development towards a world-class digital economy.”

For his part, SEC Commissioner Kelvin Lester Lee said that “hopefully with the discussions this afternoon (at the EBC Forum), it will push us, even more, to finally release our two memoranda of circulars.” 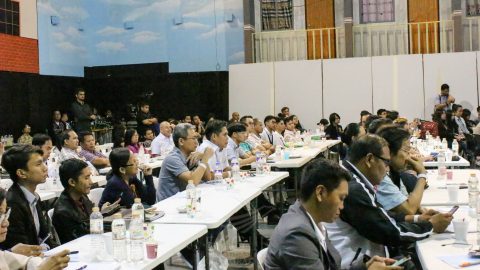 “We will create many PSEs or mini stock exchanges and call them digital asset exchanges through that second set of rules,” the SEC Commissioner said. 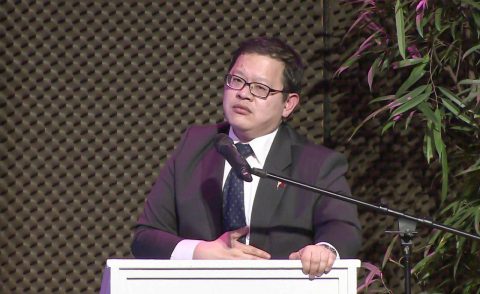 Commissioner Kelvin Lester Lee of the Securities and Exchange Commission listens intently to questions raised by the Forum participants.

He announced that these circulars will be released “in the first quarter of 2020 that will help legitimize the industry and move everything forward.”

Atty. Lee congratulated EBC for putting up the EBC Forum on Explaining Blockchain and Cryptocurrency.  “It is a good activity to help the general public learn and decide if and when to invest in a particular area,” he said.

Malaysia-based Alham Jazam, the SEA Regional Marketing Officer of Xiangchuang Blockchain Technology, who spoke about the Chinese blockchain initiatives, said that everybody must focus on educating the market. “I appreciate any party, especially EBC, an entity that recognizes the industry who want to explore and become the pioneer to educate the market. 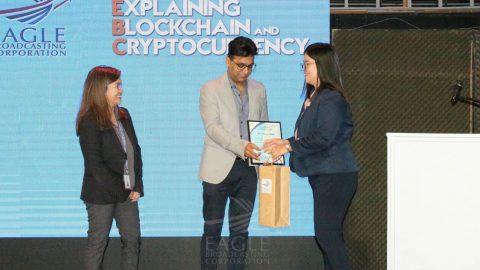 “The Philippines is very blessed to have a party that makes efforts, inviting speakers from the outside, to educate the market,” he said.

Reynaldo Lugtu, Jr, the President and CEO of Hungry Workhorse Consulting, Inc said that Explaining Blockchain and Cryptocurrency is a timely forum.  “This is giving clarity and education and ultimately knowledge to consumers.”

On the other hand, Salman Sheik, the CEO of ZuCoinChain gave this message to EBC:  “You are doing a noble service.  You are educating the community about something that is trending in the world.”  Sheik had to postpone his flight back to Canada to be able to deliver a talk at the forum.  Addressing Filipinos, he said, “as a nation, you have the right and you have to thank EBC for bringing the awareness and educating the population to go into it and make something good for the families.”

Miguel Cuneta, the Co-Founder of SCI Ventures, Inc. stressed the need for more initiatives like the EBC Forum. “We need people to understand and not be afraid of new technologies like bitcoin and cryptocurrencies and blockchain technology.  We hope to do more of this and we will be happy to come back,” Cuneta said. 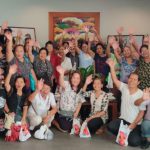