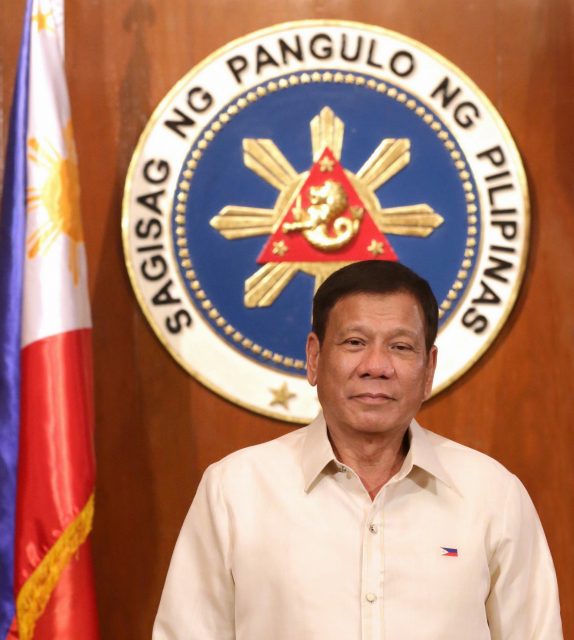 (Eagle News) – President Rodrigo Duterte greeted Eagle Broadcasting Corporation on its 50th anniversary on April 26, and noted how EBC had provided wholesome and value-oriented news and information to the public.

“My warmest greetings to Eagle Broadcasting Corporation as it celebrates its 50th Anniversary,” President Duterte said in his message to EBC.

“For five decades, EBC has provided our people with wholesome and values-oriented news, information and entertainment through its various television and radio programs. That it has managed to achieve this milestone and reach a wide and diverse audience is a testament to the quality of its programming,” he said.

President Duterte said that he hoped EBC’s golden anniversary “strengthen the organization’s commitment to deliver relevant and engaging content to its listeners and viewers.” 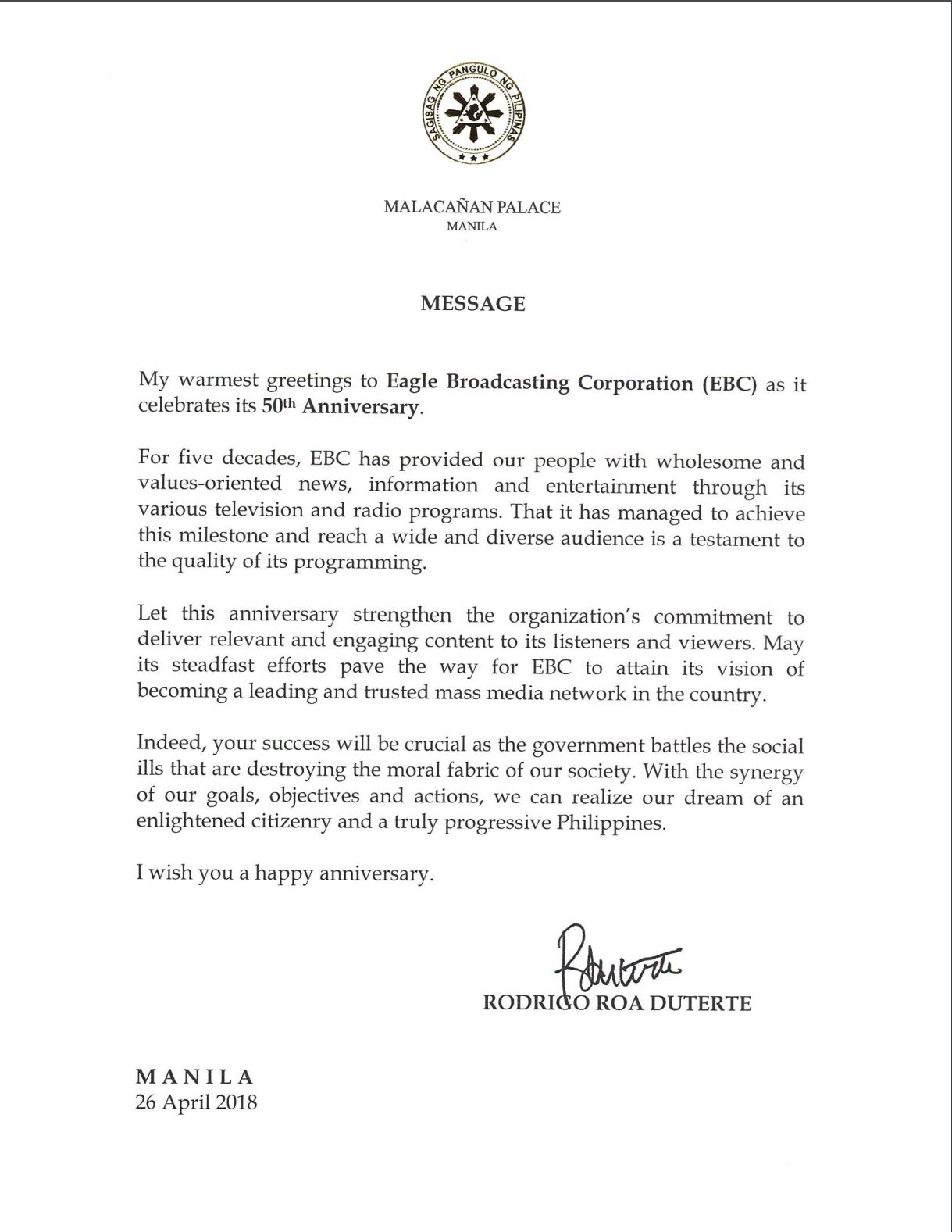 “May its steadfast efforts pave the way for EBC to attain its vision of becoming a leader and trusted mass media network in the country,” he said.

The President said EBC’s success is “crucial” and would help the government in fighting society’s moral ills, adding that the Philippine government and the EBC have the common goals of having an “enlightened citizenry” and a “truly progressive Philippines.”

“Indeed, your success will be crucial as the government battles the social ills that are destroying the moral fabric of our society. With the synergy of our goals, objectives and actions, we can realize our dream of an enlightened citizenry and a truly progressive
Philippines,” Duterte said. “I wish you a happy anniversary.”

Other government officials from here and abroad also sent their greetings for EBC’s golden anniversary.

Among them were various lawmakers, senators, as well as various Philippine ambassadors posted abroad.

EBC’s correspondents all over the world also sent their anniversary greetings.

EBC was first set up on April 26, 1968 with the launch of AM radio station DZEC, now Radyo Agila (1062 kHz Metro Manila), as a news and public service broadcasting.

At present, it has its flagship television station, NET 25; its FM radio, PINAS FM 95.5; its news website and online portal, eaglenews.ph; its own film production arm, EBC Films. Soon, it will also have E25 Records.

Net 25’s Landmarks awarded “Best Culture and Arts Program” in 27th KBP Golden Dove AwardsOur News
We process and collect personal data based on our Terms of Use and Privacy policy to improve and analyze our service.I agree